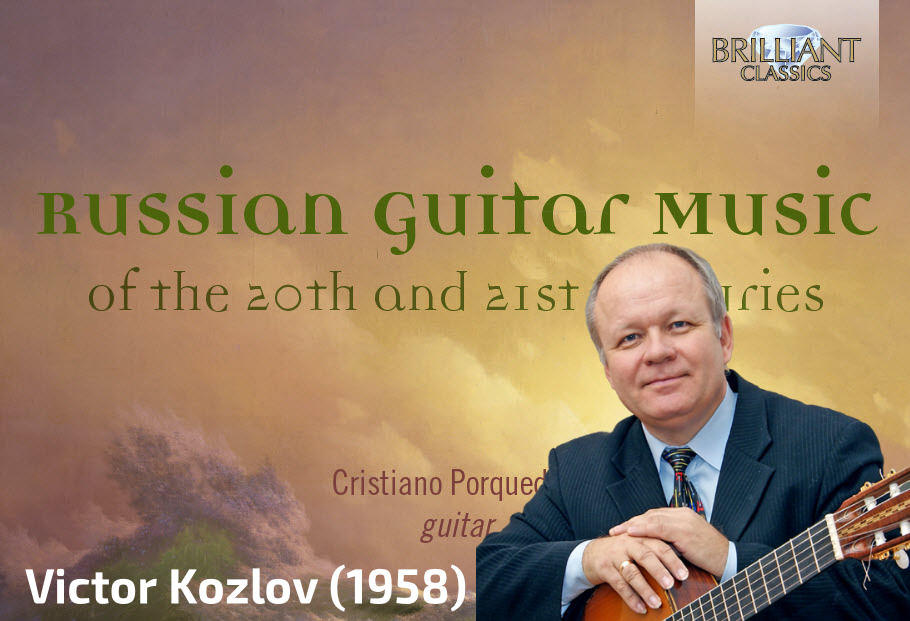 Born in Chelyabinsk in the Ural region, Victor Kozlov (1958) is among the most prolific guitar composers in Russia. He studied guitar and composition at the Chelyabinsk Musical College (1979-1982), where he also teaches today. In 1988 he graduated from the Ural State Conservatory in Yekaterinburg. Kozlov’s music is centered around the guitar and is highly appreciated everywhere in the former Soviet Union.

Dedication to the Russian Land was written the year of the great political cataclysm, the collapse of the USSR (1991). Clearly an epic piece, this ballad-like composition can be heard as a meditation on centuries of Russia’s troubled history. Its construction is symmetrical: the opening Andante e molto mesto offers a conflict between a broad, Russian-sounding melody and a nervous, alarming repeated notes. The following Presto giocoso starts with intricate uneven rhythms that lead a flamboyant tune similar to Russian dance songs. The subsequent Più cantabile is the only section in the work for that can hardly be interpreted as specifically “Russian”. Then the Presto recapitulates, and finally we find ourselves in the same “broad steppes” of the exposition, with the alarming staccato notes, as it were, voicing our concern for the future of the composer’s country.